On The Road To Kyaiktiyo

On The Road To Kyaiktiyo

On this page:
> A Pilgrimage
> Taukkyan War Cemetery
> An Unexpected Ceremony
> A Ride with the Locals

An early morning start for the journey by road to Mount Kyaiktiyo, for a visit to the sacred Golden Rock pilgrimage site. The journey from Yangon to the Golden Rock takes around 5 hours by car. Taking a route north out of Yangon, north-east through Bago, then east across the Sittaung River and on into Mon State where the Golden Rock resides. It’s a route that would take in the Taukkyan War Cemetery an unexpected ceremony and for the final leg, a 45-minute ride up the mountain in the back of a truck with the locals.

It was nice to get out of Yangon city for a while and experience the Burmese countryside for the first time on the long drive to Golden Rock.

Around 14 miles north of central Yangon is the Taukkyan War Cemetery. It contains the graves of 6,374 Allied soldiers who died in Burma during the Second World War after the invasion of the country in 1941 by Japan. We stopped here briefly to pay our respects, about an hour into our journey to Golden Rock.

At the centre of the beautifully maintained cemetery is The Rangoon Memorial. Inscribed on the memorial pillars, are the names of over 27,000 Commonwealth soldiers who died in Burma during the Second World War but who have no known grave.

It’s a humbling feeling as you acknowledge the sheer mass of names etched across the numerous pillars. And try to make sense of it all. But as you walk around the gardens in the peace and quiet of a beautiful sunny morning, it’s hard to appreciate the full horror of those times. It’s nonetheless a very moving experience and I left the cemetery in a very quiet and contemplative mood.

The site is maintained by The Commonwealth War Graves Commission (CWGC) who have commemorated over a million burials at military and civil sites in more than 150 countries and territories.

As we approached Mon State in south-east Myanmar, we chanced upon a long procession of villagers on the other side of the busy main road we were travelling along. Many were in traditional dress. My guide explained it was a Shinbyu ceremony. Shinbyu is the Burmese term for a novitiation ceremony. Referring to the celebrations marking the monastic ordination of a boy under the age of 20. All Burmese boys must undertake this ordination for at least 3 days.

The procession, known as Shinlaung Hlè Pwe, was unusually long my guide revealed (we stood and watched for around 20 minutes), as several villages were celebrating together. So I was pretty privileged to witness a spectacle not often seen. The young boys being led on the elephants and horseback would later that day have their heads shaved before entering the monastery to become immersed in the teachings of the Buddha.

It’s a very colourful and happy spectacle. But what struck me was that although it’s obviously a very traditional and historical ceremony (dating back to Buddha’s lifetime two and a half millennia ago), the music pounding out from the speakers on the passing trucks full of partying villagers, was hardcore techno!…

A Ride with the Locals

The final leg of the journey involved a 45-minute open-air truck ride. From the Kinpun base camp, up to the summit of the mountain. It’s not the most comfortable of rides. Squeezed into bench seats with a bunch of locals in the back of a converted dump truck you can forget about your personal space. But it’s fun and a little bit of an adventure. As you climb the steep and winding road, with the truck leaning precariously on every bend, the view that unfolds is captivating. And with the wind, that gets noticeably colder as you climb, whistling through the back of the truck, it’s an exhilarating experience. But it’s not for everyone… a lady to my left vomited three times on the way up! 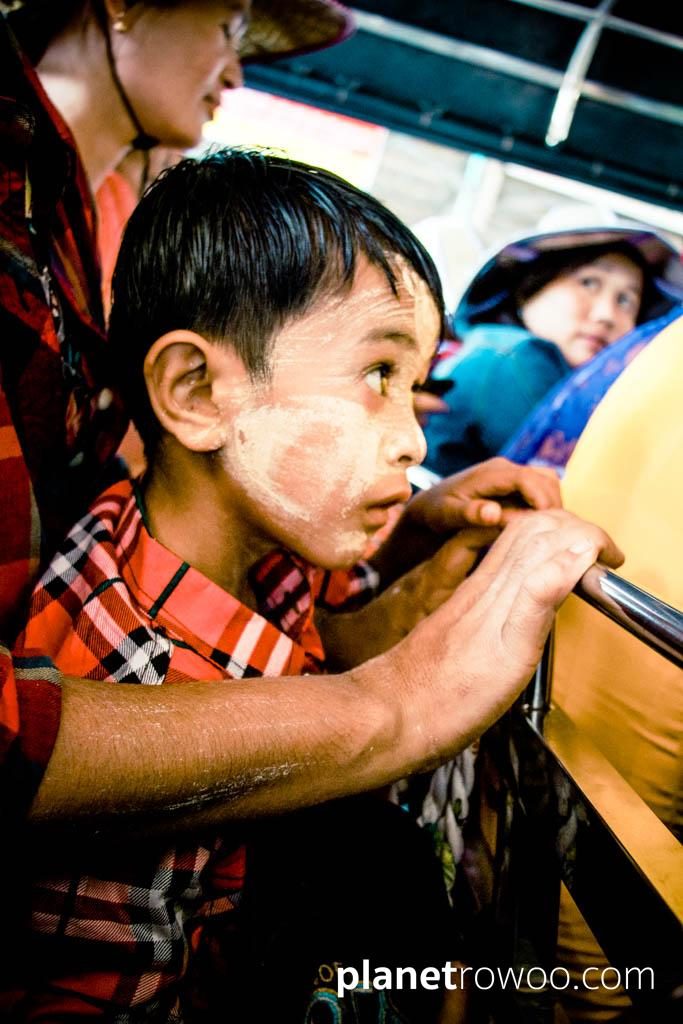 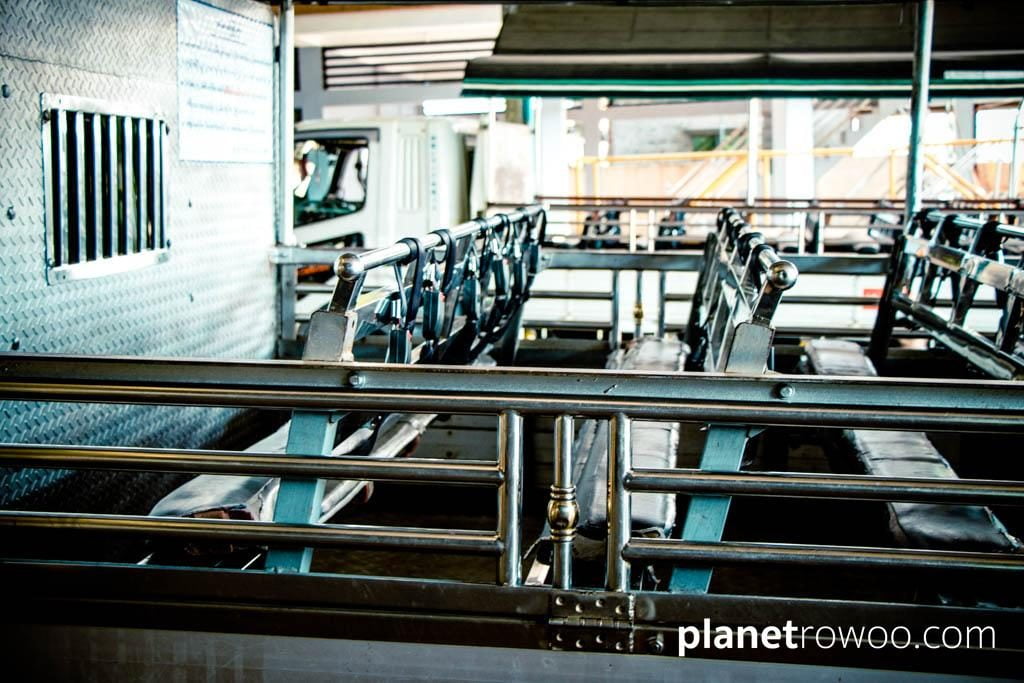 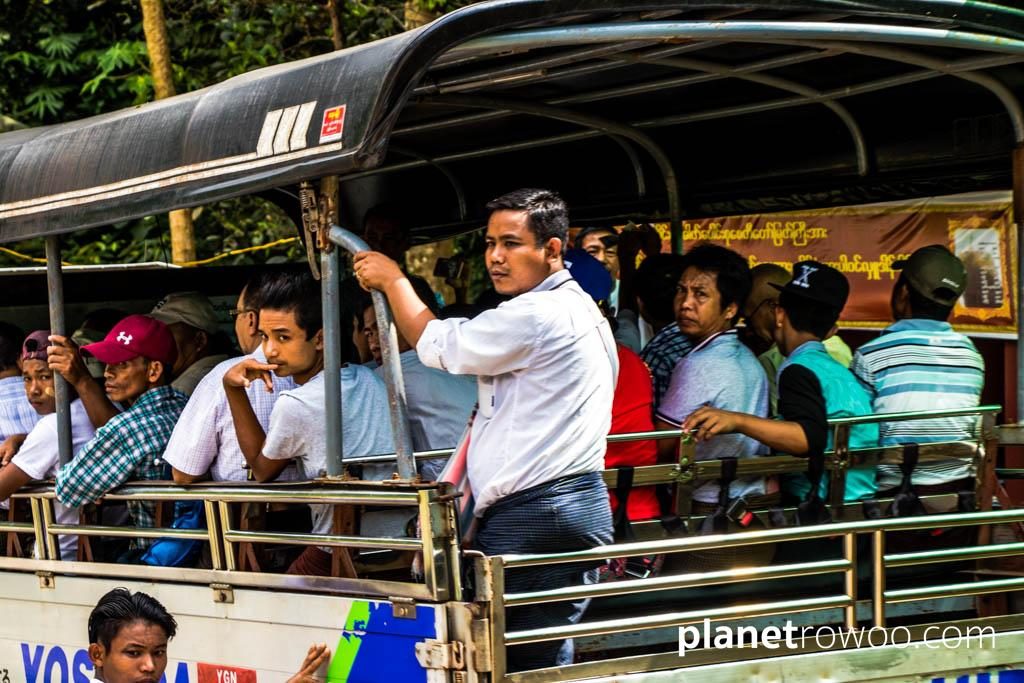 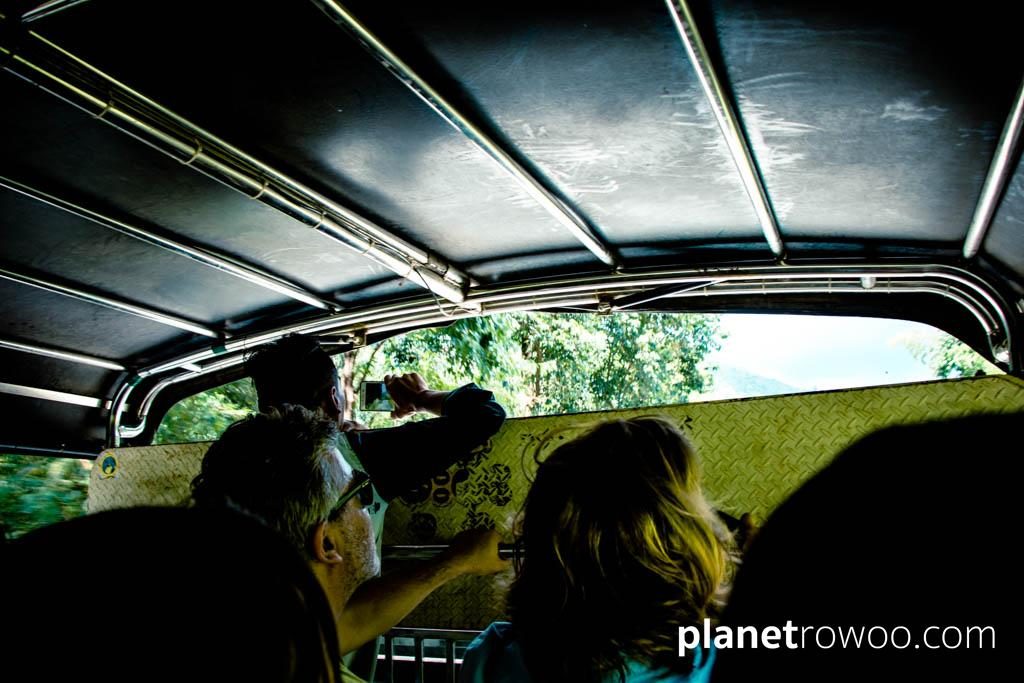 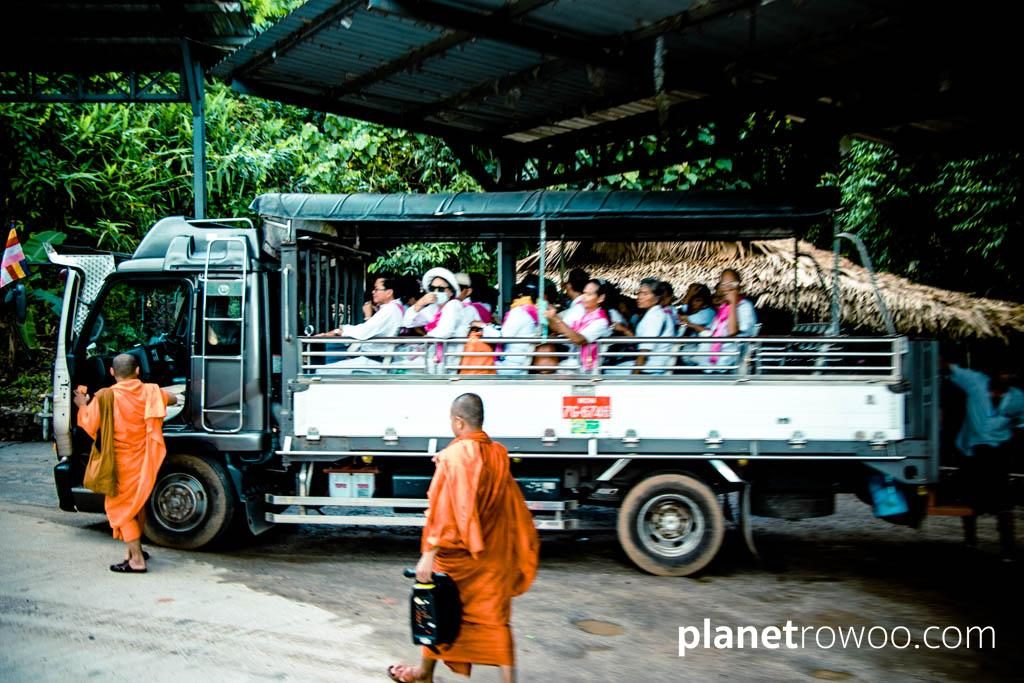 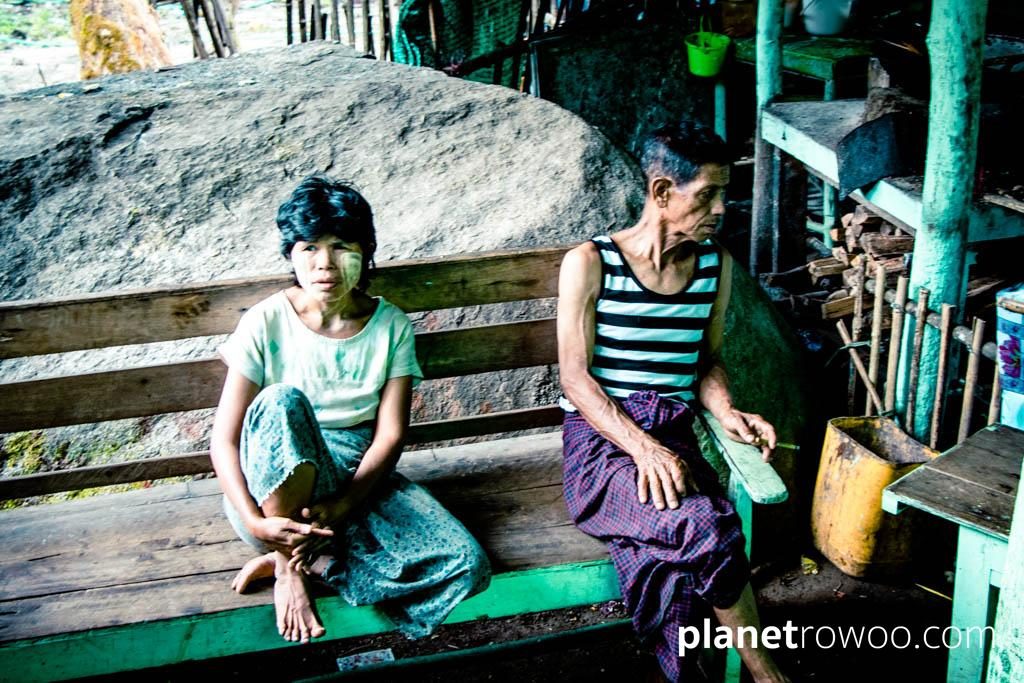 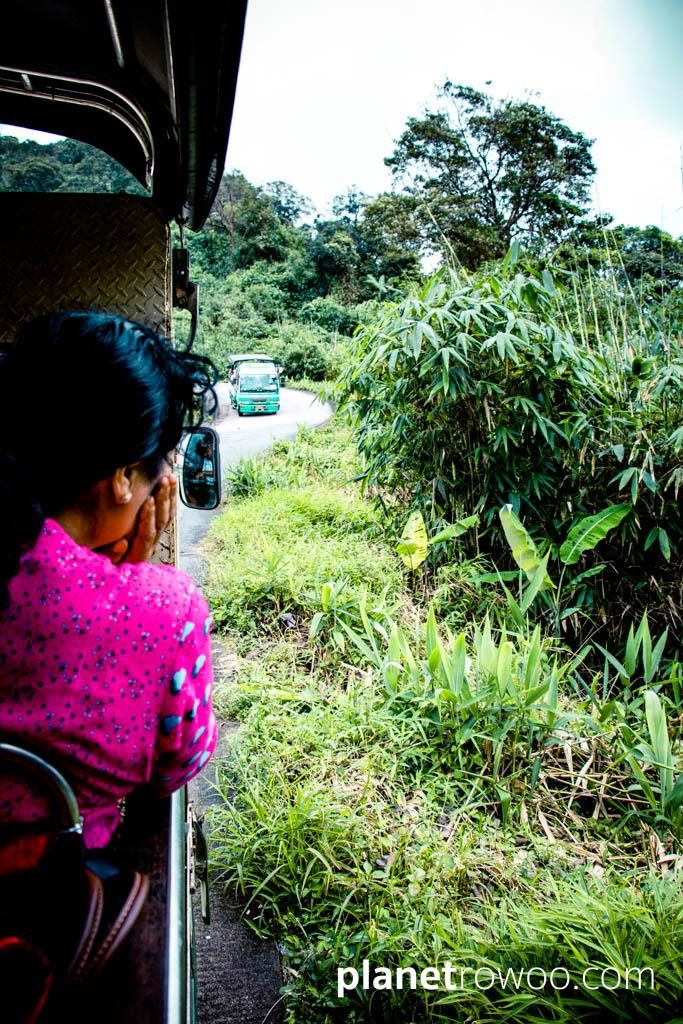 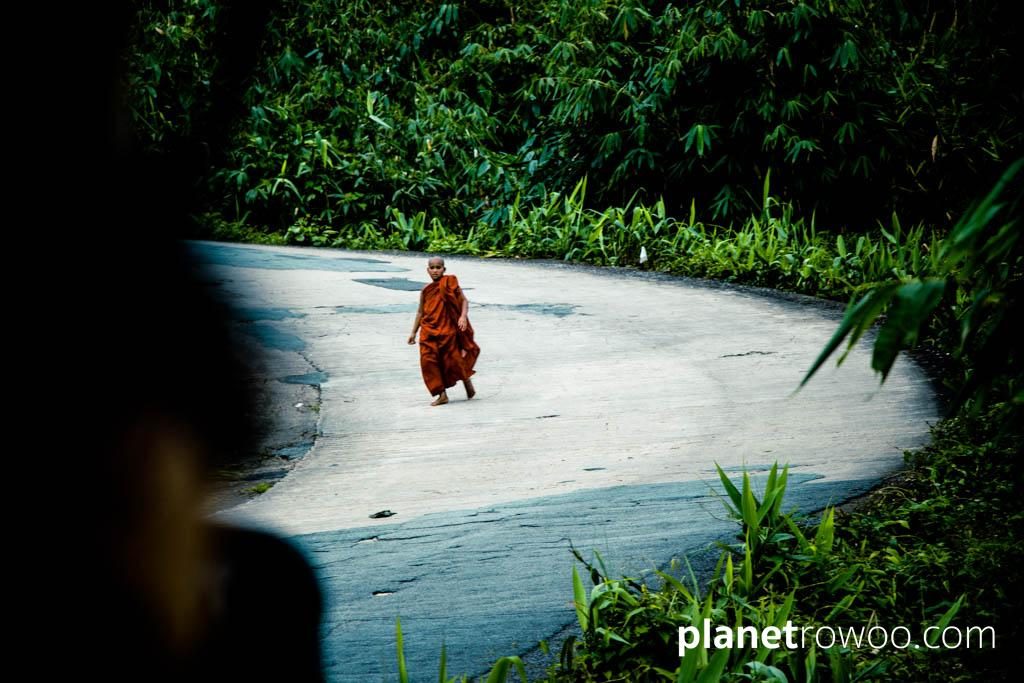 Just a few minutes of my journey up the mountain. I didn’t record much footage as I was in fear of losing my camera over the side of the truck!…

So after a lengthy and eventful journey, I was ready to experience one of Burma’s most sacred Buddhist sites. The Golden Rock on Mount Kyaiktiyo.

The journey is the destination.

Top Image: Villagers in traditional dress for a Shinbyu ceremony